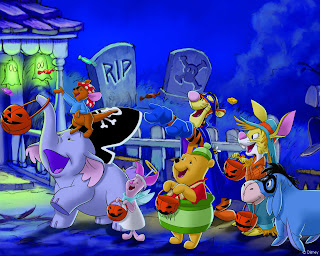 Posted by Utah Assistive Technology Program at 11:15 AM No comments:


HEBER CITY – After 20-year-old Utahan, Chynna Stanely, learned she had Celiac Disease, her family realized that finding and affording gluten-free food was going to be a challenge.
Celiac Disease, according to the Celiac Disease Foundation, is a lifelong inherited autoimmune condition. When people with Celiac Disease eat foods containing gluten, the body responds with an immune-mediated toxic reaction that causes damage to the small intestine and doesn’t allow nutrients to be properly absorbed. Gluten is the common name for the proteins in specific grains such as all forms of wheat and related grains rye, barley and triticale.
Steven Stanley, Chynna’s father, said, “Gluten is in many common foods like pizza and baked goods; it can even be in caramel coloring which is used in soy sauce among other things. There really are no convenience foods for people with Celiac Disease or gluten intolerance.”
Much of Steven’s family has gluten intolerance or Celiac Disease, making family-get-togethers difficult.
“Not too long ago all the family came over for a cookout. I made homemade French-fries and put some seasoning on them,” Steven said. “They called me from home later very sick, and I read the ingredients on the seasoning and learned there was gluten in it.”
From these difficulties Steven got the idea to start a business to create gluten-free convenience foods. The first step was to finance the business, and through the Utah Microenterprise Loan Fund, Steven received a loan from the Utah Assistive Technology Foundation. The UATF is a nonprofit that provides small-business loans to Utahan’s with disabilities.
Steven said, “The positive environment working with the UMLF during the process was very helpful. They wanted us to succeed.”
Thus was born Chynna’s Kitchen, named for Steven’s daughter. The business, located in Heber City, Utah; is a family business and a work in progress, but is officially producing gluten-free food for distribution to grocery stores statewide.
“I’ve been working on the recipes for our products the last 14 months. I’ve cooked all my life, been in the catering and restaurant business, and it is easy for me to get in the kitchen and have ideas,” Steven said. “There’s not a lot in the range of gluten-free convenience foods. People need them so when kids come home from school they have something to throw in the microwave.”
Chynna’s Kitchen specializes in frozen pizzas, corndogs, chicken nuggets, and cookie dough among other convenience foods. Some of their products are already in some stories, like Day’s Market in Heber City. More food will hit 22 store shelves in Utah the first of 2012, which is being distributed by Associated Foods.
While starting up the business has been slower than Steven anticipated, he said it is important to take the time to start small so product quality is where it needs to be. The business requires a USDA certification among other accreditations. Steven hopes to eventually expand to a larger market.
“We thought we’d start as a bakery, but we soon learned that demand was already filled in this area so we are hoping to partner with such businesses in our distribution efforts to keep prices low for the consumer and so we don’t have to compete with each other,” Steven said.
Steven also wants to educate the community about Celiac Disease and gluten intolerance. Chynna’s Kitchen is a member of the Gluten Intolerance Group and the Celiac Disease Foundation. Through these networks, Chynna’s Kitchen will be doing community awareness and educational events to help people understand the disease.
This is necessary, Steven said, because it can be difficult to diagnose Celiac Disease.
According to the Gluten Intolerance Group, gluten intolerance is the most undiagnosed disorder in the U.S. For every one person diagnosed, 80 people are undiagnosed.

“Lots of times people eventually figure it out themselves after they’ve been misdiagnosed for something like for Irritable Bowell Syndrome,” Steven said.

While Chynna’s Kitchen was at a recent expo where people taste-tested their foods, Steven said one woman told him she hadn’t had a corn dog in eleven years.

“When I saw how she was so excited over a corn dog I knew we are doing a good thing,” Steven said.


Six-year-old Dillon Lundahl, a Cache Valley resident, got his birthday wish – a Wii video game console.
But Dillon and his family quickly learned he couldn’t play the Wii like his brothers could because of his lack of balance and sensation in his feet. The game console requires motions and movements of the body while the player holds a remote. The remotes are wireless controllers which can be used as a handheld pointing device and detects movement in three dimensions.

Erica Lundahl, Dillon’s mother, said, “Dillon was born without the right side of his brain which controls motor, so he has no balance, is blind in the right eye and has little feeling in his feet. He has to work a little harder at life than everybody else.”


Such a condition is known as a Cephalic disorder. According to the National Institute of Neurological Disorders and Stroke website, the disorder is caused by damage to, or abnormal development of, the developing nervous system, usually before birth. The degree to which the mind and body is affected by the disorder varies enormously. Many disabilities are mild enough to allow those afflicted to eventually function independently in society, like Dillon. (See another story of a girl born with half a brain amazing scientists at Daily Mail Online.)
Despite the setback, Erica was determined to find a way to help Dillon be able to play with his birthday gift alongside his brothers because she knew he was capable if he had a little help. Erica said Dillon’s mental development is normal for his age. He entered first grade this year and attends a regular classroom.

She took Dillon and the game console to Amy Henningsen, occupational therapist at the Assistive Technology Lab (utahatlab.blogspot.com) at Utah State University, an initiative of the Utah Assistive Technology Program.  The Lab helps the disability community in Utah fabricate and repair assistive technology.


Henningsen sat down with AT Lab coordinator, Clay Christensen, and hammered out an idea for a device that would give Dillon the balance and guidance he needed to play the Wii. The result was a stand that allows Dillon to brace himself while playing the game.
The stand was built by Christensen in the lab without any reference, and is thought to be the first of its kind, a revolutionary concept born out of necessity.


Christensen said the stand is custom fit to Dillon’s needs, and has the ability to fold up so it can be stored easily.
Now Dillon can not only play with his brothers and friends on the Wii, but now uses it in conjunction with the Wii Fit during therapy. The Wii Fit is an exercise game that utilizes an electronic balance board on which a player stands during exercise. Yoga, strength training, and balance games are featured.


The Balance Board is placed under Dillon’s fit and he can use the stand for balance and stability as he plays the games, which encourages him to use muscles he otherwise would not, increasing his balance and ability to use his lower trunk. (Watch Dillon play the Wii Fit during therapy on YouTube below.)
Shaun Dahle, Dillon’s physical therapist at the Logan Regional Pediatric Rehabilitation Program, said the benefit of using the Wii Fit during physical rehab is that “It gives Dillon a visual indicator of what his feet are doing. He can’t move his feet very well because he has little feeling in them. This lets him tie those two things together.”


While the cephalic disorder may negatively affect some of his mobility, Dillon’s zest for life is apparent as he comes into physical therapy with Star Wars light saber flashing in hand and an excited smile on his face.
Christensen said, “Watching someone achieve their personal goals because of a little help we gave them is an emotional experience. That is what we are all about at the Assistive Technology Lab, changing lives for the better.”

An article in USA Today outlines new assistive technology research, which has many potential impacts for people with limited mobility. To watch the video, click here.
Posted by Utah Assistive Technology Program at 10:41 AM No comments:

Posted by Utah Assistive Technology Program at 10:31 AM No comments:

The NAMI State Conference will be held on Thursday November 3rd, 2011 at the University of Utah Student Union Building.

Topics for this year’s NAMI Utah State Conference will include:
For more info on the event, click here.

NAMI Utah is Utah’s voice on mental illness. The National Alliance on Mental Illness (NAMI) Utah’s mission is to ensure the dignity and improve the lives of those who live with mental illness and their families through support, education and advocacy.
Posted by Utah Assistive Technology Program at 12:35 PM No comments:

Increasing safety and reducing risks for people with disabilities

This free training is tailored for people with disabilities.

Experienced trainers are from The Utah Coalition Against Sexual Assault, Utah Domestic Violence Center, Sego Lily Center for Abused Deaf, and the Center for Persons with Disabilities at Utah State University.

If you missed the October 5 online training, “iPad Basic Training” sponsored by the Utah Assistive Technology Program, it is available at http://podcasts.usu.edu/class/uatp/ipad2/player.html. The presentation was by Nathan Smith, director of technology for Utah State University's College of Education. He covered iPad gestures, useful apps and built-in accessibility features. Also, check out our other archived trainings here.
Posted by Utah Assistive Technology Program at 3:51 PM No comments: