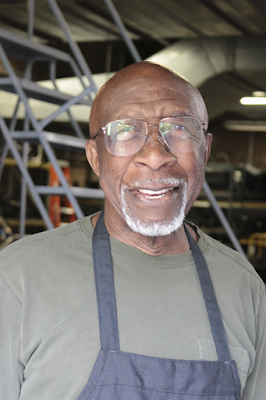 Ed Patillo came to CReATE for a volunteer opportunity that allowed him to tinker with mechanical things. He stayed for the jazz.

Well, actually, Patillo said CReATE Coordinator Tom Boman had something to do with it. "Tom's just got the kind of personality that just draws you in," he said. But they agree that a shared love of jazz music makes the hours they work together more enjoyable. They tweak, fix and clean while saxophones and funk guitars play in the background.

Patillo retired from Unisys after 34 years before coming to CReATE. He was a computer repairman who was ready to stop working on computers--but when he saw a volunteer opportunity that required mechanical skills, his interest was piqued.

"As a homeowner you get into these things," he said. "If you're not making millions of dollars a year, you find yourself fixing things." Now, he fixes wheelchairs and other mobility equipment on a regular basis at the CReATE shop in Salt Lake City. Boman said Patillo is the "backbone of the volunteers," training other volunteer workers when Tom is busy.

"It's a nice working environment," Patillo said. "It only takes a couple of months before you realize, this is kind of neat."

Thanks for helping us out, Ed!
Posted by JoLynne Lyon at 4:48 PM No comments:

Family prepares for a summer of bike rides, thanks to Logan AT Lab


The Layton family likes to bike together. But when Parker, 8, outgrew the bike trailer they were using to tow him, they needed another option; preferably one that would allow Parker to sit in front of the person pedaling for him. (Parker has Down syndrome.)

The Laytons hoped he could ride where they could see him during their outdoor ventures.

So they began networking with other families of Down Syndrome children, in person and on Facebook, "The first hit we got said, 'We're following this because we have the same problem,'" said Christopher Layton, Parker's dad. They found a used bike in Texas, but before they could make arrangements to bring it to their home in Utah, it was gone.

Within days he was talking to Mike Stokes, a volunteer with the AT Lab. Mike brought in Todd McGregor, another volunteer, and together they began creating something new and wonderful, using parts from five old bikes... 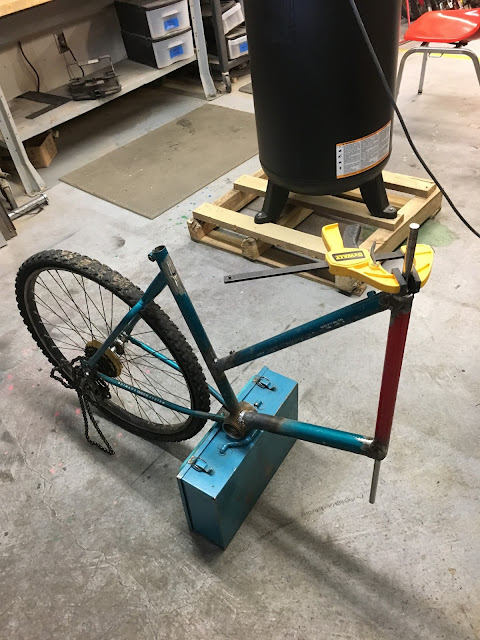 ... a high-end jogging stroller and a custom-made box... 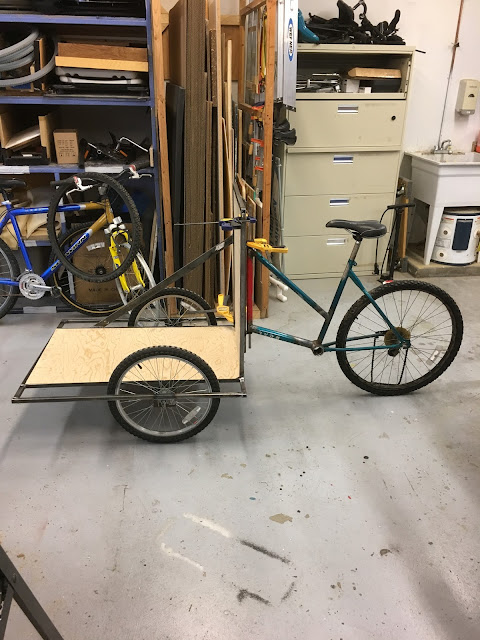 
Shawn Atkinson of Atkinson Furniture & Upholstery covered the chair in Aggie blue and added the U State logo. Jim Kofed at the Logan Deseret Industries donated bikes and other materials.

The two volunteers took it out for a test spin, to make sure it felt strong enough to support an eight-year-old boy. 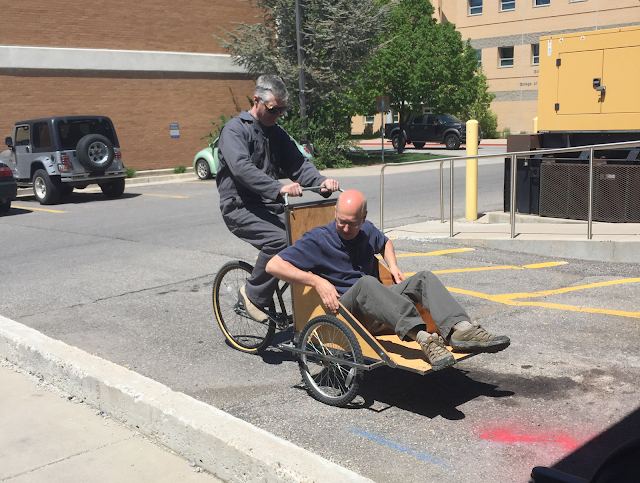 Finally, they finished the project... 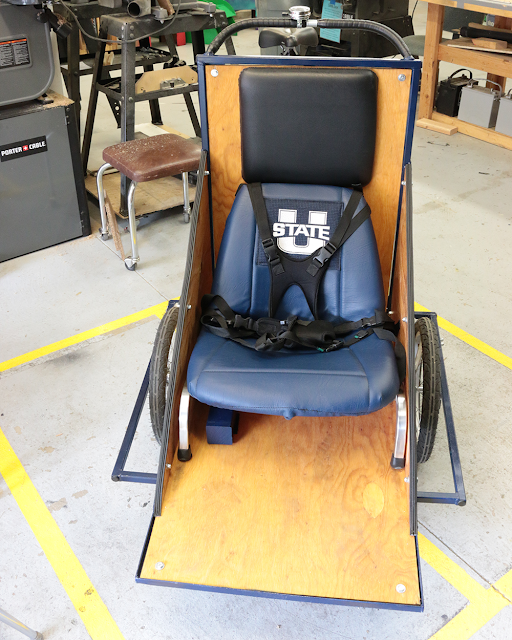 ...and invited the family over to give it a try. Parker was nervous about the harness, but once he wore the lap belt and experienced a ride, he was smiling wide.

"The biggest reward in volunteering at the AT Lab is seeing the expressions of happiness, and knowing that the person will live a better life when we complete a project," said Stokes.

"It's been a godsend to us," Chris said. "Everything just fell together, one piece after another."

Posted by JoLynne Lyon at 2:54 PM No comments:

Construction business grows, thanks to UATF

York Martinez had experience, a construction business plan and a large contract waiting—but he needed more equipment. He was a veteran with a disability, and he wasn’t having much luck getting a loan from a traditional lender.

He turned to the Utah Microenterprise Loan Fund and the Utah Assistive Technology Foundation, which work together to provide low-interest loans to entrepreneurs with disabilities. Martinez got the loan, bought the equipment, and landed his first long-term contract. “It made it very easy for me, especially when I was trying to start a business,” he said.

Small business loans from UMLF and UATF allow small business owners to apply for a loan and pay the prime interest rate, minus .25 percent. Loans run from $500 to $25,000, and there is no income limit to apply.

Today, more than four years after Martinez came to us, CastraCon LLC is still doing business, working with partners, employing three people full-time, and providing work to many others as construction projects become available. The business is solid and growing, Martinez said. Working with business partners allows them all to keep a pool of good construction workers employed.

For more information on small business loans through the Utah Assistive Technology Foundation, call 800-524-5-152 or visit their webpage.
Posted by JoLynne Lyon at 11:48 AM No comments:

Know a smart marketing student? Send them to us!

The CReATE initiative seeks a summer intern who is at least a junior in marketing. If you're interested, and you have marketing and marketing research savvy, this is for you! If you go to Utah State University, apply for Job #95466 at Career Aggie. If you don't, contact JoLynne at 435.797.7412 .

This position is available to candidates from all Utah universities. CReATE is located in Salt Lake City.

This position will last for 12 weeks. 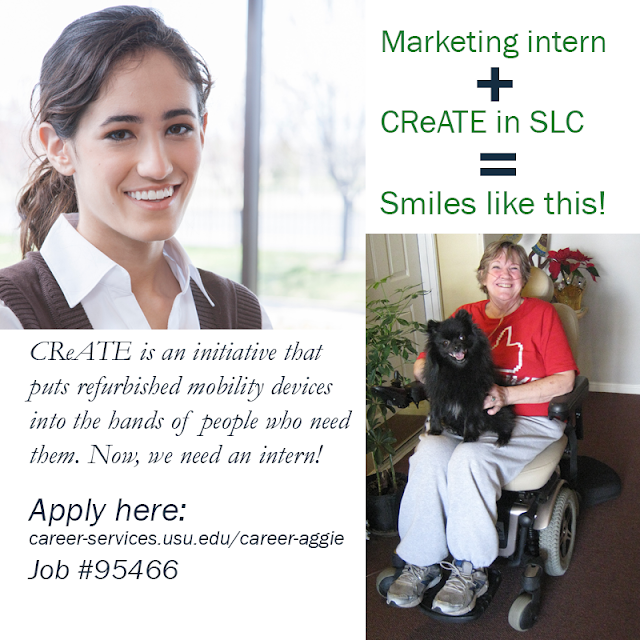 Posted by JoLynne Lyon at 10:14 AM No comments: