Twelve years ago, Bora Lee went to Los Angeles with a plan: get a master’s degree in graphic design. Instead, she discovered a new path: one that eventually brought her to the Utah Assistive Technology Program.

She is an AmeriCorp VISTA member who will work with UATP to reach out to Utah’s underserved populations for one year. “I wanted to contribute to the community what I’ve learned,” she said. “This was a way I could give back.”

It sparked a lot of thought for her, knowing that people emigrated to the United States hoping for a better life for their children. But especially for families of children with disabilities, the reality fell far short of the American dream. Students with disabilities went to school, but once they finished their public education, a lot of them ended up spending all their time at home. 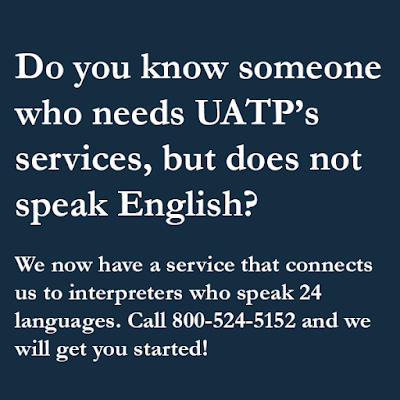 “For minorities it is a lot harder to find resources,” she said. They have to overcome so many barriers: of trust, of language, and of just knowing who to ask for help.

It became a focus of study. She earned a master’s in special education with a focus on moderate to severe disabilities. Now, in addition to her work with UATP and Americorp VISTA, she is completing an Ed.D, focusing on transition to adulthood for minority students with disabilities.

At UATP, she is busy talking to organizations, individuals and families about the services UATP can offer.

“I received so much, and I wanted to give back what I’ve learned for a year,” she said. “The more I work with people with disabilities, the more I feel like I’m gaining more from them.”

Do you have suggestions on how UATP can better serve minorities in Utah? Would you like Bora to meet with your group? You can contact her at 435-797-0466.

Do you know someone who needs UATP’s services, but does not speak English? We now have a service that connects us to interpreters who speak 24 languages. Call 800-524-5152 and we will get you started!

Posted by JoLynne Lyon at 10:37 AM No comments: