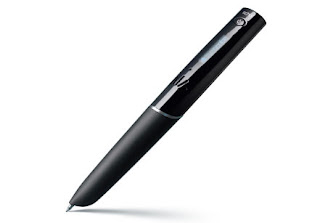 At the Utah Assistive Technology Program, we are often asked: Are there applications that help students--especially those in special education--with reading and comprehension?

Kent Remund of the Utah Center for Assistive Technology will explore that question during our next webinar. Join us for a one-hour look at iPad apps and a demonstration of the Livescribe Echo Smart Pen.

This free presentation takes place March 16 at 10 am MST. It will later be archived on the UATP YouTube channel and on this blog.

To sign up--or to get information on how to access the archived webinar: email JoLynne at this address: utahatp@gmail.com.
Posted by JoLynne Lyon at 8:55 AM No comments:

Email ThisBlogThis!Share to TwitterShare to FacebookShare to Pinterest
Labels: webinar

Teisia Mortensen nearly died in September, when she was found unresponsive. Her brain was without oxygen for long enough that professionals wondered if she would survive, let alone recover. It was a terrifying time for her mother, Michelle Simpson, who feared she might lose her daughter.

But Teisia defied the odds, first by surviving and then by speaking, eating and gradually regaining some of the movement she had lost. The recovery exceeded the expectations of health care professionals, and Michelle began planning for the time Teisia would come home.

The prospect brought up a whole new list of questions--issues the Utah Assistive Technology Program is now helping her answer. For example, how could she prepare her home to receive her daughter? What wheelchair would work best for Teisia's needs? And what about mealtimes? While Teisia had tried adaptive silverware, it was still a struggle to feed herself, or take a drink of water without help.

"All the sudden your whole life changes," Michelle said. "Until you walk in those shoes you don't realize that there are people out there needing the help, or that there are places like this offering it."

While the Internet has information on assistive technology, or devices that help people with disabilities gain independence, even Google couldn't offer the advice Michelle needed. "When you only know a little, you don't know what to google."

They came to the Logan Assistive Technology Lab, where they met with coordinator Clay Christensen, volunteer Mike Stokes and home health care and wheelchair providers. They evaluated Teisia's needs, showed her a couple different types of motorized chairs and specialized cushions to go with them, and tried out some different types of adapted silverware. They and fashioned a wedge that would hold an adapted plate on her lap. Stokes attached Velcro to the bottom of the plate and sewed some to the wedge's fabric cover so that it would stay put while in use.

As for the adapted spoon, Christensen said, it started out as an ordinary piece of silverware. Then it was bent in a vise until it was the right angle for Teisia. (Adapted silverware online often runs for $15 apiece, and people who are unable to try before they buy may go through several versions before hitting on the right one.)

"This will work better than what I have right now," Teisia said.

"It's amazing, eye opening. I have so many different words I could use," Michelle said.

Now that she knows, she wants everyone to know. Meanwhile she took home information on inexpensive assistive technology and financing through the Utah Assistive Technology Foundation.

"I had no idea there was a place like this in Logan," she said.
Posted by JoLynne Lyon at 3:08 PM 1 comment: