Back to school: Favorite tips and resources from UATP 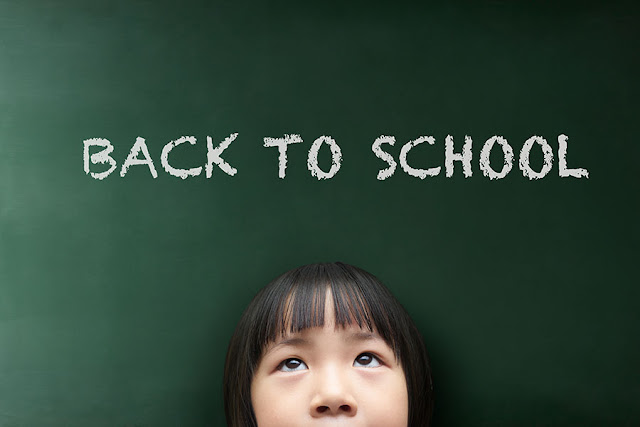 Is your child preparing for that first day of school? Are you going back to school yourself? Here are some things to make the education journey a little easier.

For the blind and visually impaired

·     A Victor Readerstream will access Library for the Blind materials, as well as DAISY books, MP3, MP4 and EPUB files. It is a pocket-sized device with large, high contrast buttons.

·     A large print keyboard with high contrast keys may help your student with homework assignments.

·     A talking book player will help you access tons of free material from the Library for the Blind. You can use your own for free, but if you’d like to see how it works first, come to UATP for a demonstration.

For those who have trouble getting out of bed on time:

We have a shake and flash alarm.

For families that use communication apps:

·     We have iPads stocked with LAMP words for Life, ProLoQuo2Go, TouchChat with WordPower and Snap + Core First. (We also have Predictable for students who are literate but have lost their ability to speak.) Your child’s school should be your first stop for some great resources, but if you want to know more, would like to explore an app on your own or would just like a little more information so you can help with your child’s homework, contact us!

For reading and comprehension:

We have these short training videos, thanks to Kent Remund of the Utah Center for Assistive Technology.

Want to know what else is available in our demonstration and loan library? Visit our website.

AMERICAN FORK--When Audrey Peck was diagnosed with two uncurable and serious illnesses, her family’s life became something of a research project.

The 11-year-old has both juvenile dermatomyositis (JD) and lipodystrophy. The first is an autoimmune disease affecting her muscles and joints. The second attacks the fat under her skin, which in turn causes other problems. Her first diagnosis, the one for JD, came in 2014.

Her family keeps a small chest-full of medications to manage the two conditions. Aubrey’s been involved in National Institutes of Health studies. Her parents have undergone genetic testing and submitted the stuff they vacuumed off the floor in their home. Their DNA and floor dust were studied so that researchers could better understand the genetic and environmental factors surrounding Aubrey’s health.

Doctors at Primary Children’s Hospital in Salt Lake City told Aubrey’s mother, Marissa, that they have never seen both conditions in one child before, and they never will again.

When her parents told the story around their kitchen table, Audrey shrugged and shook her head. “I’m special.”

Her parents shook their heads, too. “You’re special,” they agreed.

Then Aubrey looked through the old photos Marissa brought up to show how the diseases had progressed, and cringed. She wasn’t complaining about the diseases. She just didn’t like how she looked in some of the pictures.

Marissa and Aubrey’s dad, Tyler, pointed out that even though Audrey has missed a lot of school, she’s pulling excellent grades. They live in a busy home, with a dog that wants attention and siblings who want to know what everyone else is up to. The family has done a lot to adapt to life with chronic illness, but medical bills piled up. When they decided they needed a new wheelchair to fit Aubrey’s growing body, insurance wouldn’t pay for it. The Pecks couldn’t afford to buy one out of pocket, either.

A new wheelchair would help keep Aubrey off her feet. “She would call me all the time, ‘My feet hurt, my legs hurt,’” Marissa said. They hurt often, but especially when she’s on them too much.

Meanwhile, Aubrey was squeezed into a stroller-chair intended for a much smaller child. Not only was it too small; it made Aubrey dependent on having other people push her. She solved this by sitting in the stroller and pulling herself forward with her heels, but that defeated the purpose of relieving the strain on her feet and legs.

Marissa wanted Aubrey to stay in school as much as possible. She misses a lot due to her health conditions; it was discouraging when she wanted to go home because of the pain in her feet.

Eventually Marissa and Tyler decided to sell a vehicle and use the money to buy a wheelchair for Aubrey.

They found a buyer. Then the person who was going to buy the car drove off with it without paying for it. They never got the money and they don’t know where he went.

A friend suggested they go to Ability 1st Independent Living Center in Provo to see if they could help with a chair. Ability 1streferred them to the Utah Assistive Technology Program in Salt Lake City. That’s where they met Tom Boman, UATP’s Salt Lake City coordinator. He worked with them to make sure Aubrey received a chair that fit her.

It's blue, like she wanted. What’s even better: it’s lightweight, and it’s easy enough to put together, Aubrey can do it herself.

With the new wheelchair in hand, Marissa gave the old stroller-style chair to the school. Another child was using it a week later.

While the journey has been long for the family, Marissa has a strong desire to give back and pay forward. The family has received a lot of support from neighbors, people in their church congregation, and the school.

“We don’t know what the future holds, and the doctors don’t, either,” she said. “But we have a good team. A really good team.”

UATP is part of the Center for Persons with Disabilities at Utah State University. The Salt Lake City location transfers donated, refurbished chairs to people who need them, for an affordable fee. For more information, call 800-524-5152.

Posted by JoLynne Lyon at 4:34 PM No comments:

The Utah Assistive Technology Program is now a volunteer on the Enabling the Future network, a worldwide organization of volunteers dedicated to providing 3D printed prosthetic arms and hands to people who need them.

“We provide all of the time and expertise, but we charge for what the materials cost,” said Dan O’Crowley, UATP’s Logan coordinator.

For example, the “Iron Man” hand (pictured here) was printed at the Logan location for $50. That includes the plastic material used in printing and the finger gel tips—available from any office supply store—that give the device some grip.

“If people have insurance and they can purchase a prosthesis, it would probably be best to do that and just customize the device,” O’Crowley said. But 3D printing offers some possibilities to people who cannot afford a device or whose needs are not covered by insurance. They also have their own custom-designed coolness factor.

“The kids enjoy wearing them and the other kids in the class accept them wearing the designs,” Crowley said.

Enabling the Future’s designs are intended for people with a functional elbow. “We are willing to work with peole who don’t fit those requirements,” O’Crowley said. “We’ve already done that, we are doing it.”

The advantage of using the network: lots of existing designs and access to network expertise. Members can access files for printing, use the web-based platform where they can upload photos and connect with other people in the network, and follow a set process for printing a device.

Do you need a hand? Contact Dan O’Crowley or visit the “need a hand”page on the Enabling the Future website!
Posted by JoLynne Lyon at 2:05 PM No comments: